Alex were married on a rooftop in midsummer, the dazzling skyline of the Windy City set the stage for this luxurious wedding venue. Jenny’s father, a woodworker, had built a beautiful wedding canopy for them, and beneath the couple had read their wedding vows. It was an intimate event, only 30 people filled the seats around them. END_OF_DOCUMENT_TOKEN_TO_BE_REPLACED

You’ve all heard the tale of Bridezilla, right? The bride-to-be who is so manic, micromanaging, and stressed out that she becomes a nightmare to her friends, family, and sadly her spouse-to-be? Yes, we’ve all seen it – and it’s just pitiful. I vowed to myself that when the time came for me to wear the white dress, even if I couldn’t manage to be cool, calm, and collected, at the very least I would be nice!

Little did I know that it wouldn’t be me who would try to make a mess of my wedding, but one of my bridesmaids.

Jamie K. was my best friend in Chicago when END_OF_DOCUMENT_TOKEN_TO_BE_REPLACED

Many people ask me why I decided to convert to Judaism especially when I was raised by atheist parents in Chicago, Illinois – but when I tell them about Jacob, they tend to understand. He is the kindest most sincerest of men – soft-spoken, peaceful – and very much in love with me. Although we rode the same bus every morning for three years, because we worked in the same area of town, it took him the full time to ever begin talking to me at all. I’ll never forget his first uncertain words to me. He said. “Miss, for a long time I have struggled to say hello to you, but with each passing day it becomes clearer that someday I may not have the opportunity. So before I miss out – hello, my name is Jacob. What’s your name?” END_OF_DOCUMENT_TOKEN_TO_BE_REPLACED

Sometimes it’s overwhelming to thing that a single day can be so significant. Like all the other days before this day seem to pale when compared to it – and you know that all that days after it will be different. They’ll be different because of the inescapable fact that your life has changed forever. Instead of being one person with one heart and two souls, you become two people sharing the same heart and forming a bond between your souls. You can’t go through something of this magnitude and expect to go on living as before – love does change you, and marriage alters your entire world. END_OF_DOCUMENT_TOKEN_TO_BE_REPLACED

A Bark of Approval – Dogs in Weddings

There are three things I know to be irrefutably true: (1) I am getting married in September, (2) a morning without coffee is a terribly sad one, and (3) dogs are better than cats. You have every right to disagree with me, but this is my list – a rather short one – but no matter how much you may try to convince me otherwise, I will continue to stand my ground.

Before I met Steven, I only had one love in my life – my dogs. I’ve grown up with these four legged friends, and there’s never been a time in my life where I haven’t had at least two in the house. I also foster a Chicago nonprofit, so many times there’s a third one to keep me company on cold nights. Right now I have two: Bonnie and Samson. Bonnie is a border collie and Samson is a terrier-meets-collie-meets-nobody has a clue. END_OF_DOCUMENT_TOKEN_TO_BE_REPLACED

Who Will Walk Me Down the Aisle? When my dad died seven weeks before my wedding day I was completely devastated. My whole world froze. Every girl dreams of her daddy walking her down the aisle, giving her away…and now, for one of the most important days of my life he wouldn’t be there. For the rest of my life, all the little joys and the rough times, the birth of my first child and the opening of my bakery, he wouldn’t be there.

It probably was selfish of me to think about things this way, but you have to understand that my dad and I were close…really close. My dad and my mom separated when I was four, END_OF_DOCUMENT_TOKEN_TO_BE_REPLACED There have been hundreds of Chicago weddings in the last year, but not a single one has used fireworks. Why? Well it’s illegal to buy fireworks in Illinois. Thousands of dollars worth of them are smuggled in from Wisconsin, Indiana, and Missouri each year for the forth of July – but the fines attached to them are so astronomical that only the most reckless souls will actually light them up.

As I child I always loved going into the city to watch the dazzling display of professional skylights overhead. There was something so exhilarating about watching enormous balls of flame burst above me in a spectacle of brilliant light and color. Getting ash in my hair because I sat closest to the front was always an added bonus.

So, I was getting married in two weeks – and we were having our wedding reception in the Chicago suburbs, well END_OF_DOCUMENT_TOKEN_TO_BE_REPLACED 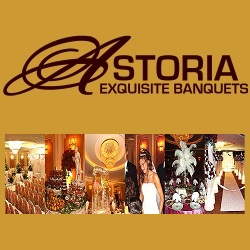